If you are a parent you can’t help but feel bad about the amount of waste that raising children’s produces. As bad as I feel though, I’m afraid I can’t face the laundry associated with going the cloth diaper route so we opted for biodegradable nappies (diapers).

We use a nappy bin with angel care refill cassettes to dispose of them in the house before they go to the outside bin. If you are not familiar with this basically you push the nappy through the slot in the bin and it is gobbled up by an ever expanding thin plastic bag to keep the stink out and so you end up throwing out a big long sausage of nappies! Anyway when each cassette runs out you are left with the plastic ring that holds that large plastic bag. I have two boys in nappies at the moment so I end up with a lot of them.

I decided I needed to find a way to upcycle them. I actually have a number of ideas I’m working on, this is the first and probably the simplest. It involves using the empty cassette rings, some scrap fabric and some twine to create a hanging soft toy tidy/display unit.

Step 1: Cut or Tear your Fabric into Strips

The first thing to do is to prepare your fabric. By the way do you recognise this fabric? If you are a regular reader of the blog you’ll have seen it before. I over measured for a dining chair reupholstery job a few years back and I’ve been using up this bit of fabric remnant ever since!

Anyway, I made one cut about 4cm across and tore my fabric vertically in one long strip per refill cassette. I didn’t measure it because my leftover fabric was quite long – approximately a metre long. It ended up being too long so I cut it off again at the end. If you don’t have enough in one fabric or one strip you could always sew strips together to continue so don’t worry about the length too much at this point.

Step 2: Attach Fabric to the Cassette

I tied the strip of fabric to the cassette with the knot to the back and the patterned side of the fabric facing out.

This step is super easy and super quick. You just wrap your fabric around the cassette overlapping the previous loop of fabric each time. The overlapping is just to make sure you don’t get any of the blue plastic peeking out. You can see I’ve let the edges of my fabric do what they want and curl over a bit but if you don’t like how that looks you could just take a bit more time with it and fold those edges under and that would make the overlapping sections a lot less visible.

Step 4: Attach the end of your Fabric

When I had all of my nappy cassette covered in fabric I cut off the end of my strip of fabric, folded it under and sewed it to the inside of the cassette where the stitches wouldn’t be visible. I used a basic running stitch and I wasn’t too precious about it either as it was on the part of the casette where you won’t see it.

The stitches would of course be less visible if you took the time to match the thread with the fabric, which in this instance I didn’t do. You could also try leaving the end of your fabric uncut and tucking a longer end into one of your overlapped loops to finish it off that way. I didn’t do that as I was concerned it might be bulky or come untucked.

Repeat the steps above for however many nappy bin refill cassettes you want to upcycle. I choose three, but you could easily use more for this project. The empty cassettes are very light so this wouldn’t be heavy to hang on the wall even with 5 or 6 of them.

I wrapped the twine around both rings at once several times until it both felt secure and looked thick enough (one or two strands of twine I thought would look a bit strange, but somehow a thick band felt like it looked better!).

Lastly I decided which side would be the back of my tidy and looped the twine under itself on that side to tie it secure with a knot. Then I cut off the loose ends and tucked them in.

I repeated this to attach the third fabric ring.

Creating the hanging loop was just a case of taking two lengths of twine, folding them and looping them around the top of the tidy. I tied a knot at the top and trimmed the ends.

If you don’t like the twine look you could do this step and the step above with more scrap fabric and you could attach it by sewing on the back rather than looping and knotting.

I decided to make this a soft toy hanging tidy/display unit, but it could also be used to hang scarves or even jewellery or to pin up photos, momentos or other items. I personally thought it was cute to use it in my son’s room considering it was his nappy usage that landed us with all the refill cassettes in need of upcycling! I will of course need to come up with some more ideas for these though as there are only so many soft toy tidy display units that one home needs!

Can you think of a fun way to use nappy bin refill cassettes? We’d love to hear about it, leave us a comment below.

For another idea for upcycling your scrap fabric, see this tutorial about how to make Festival Bunting. 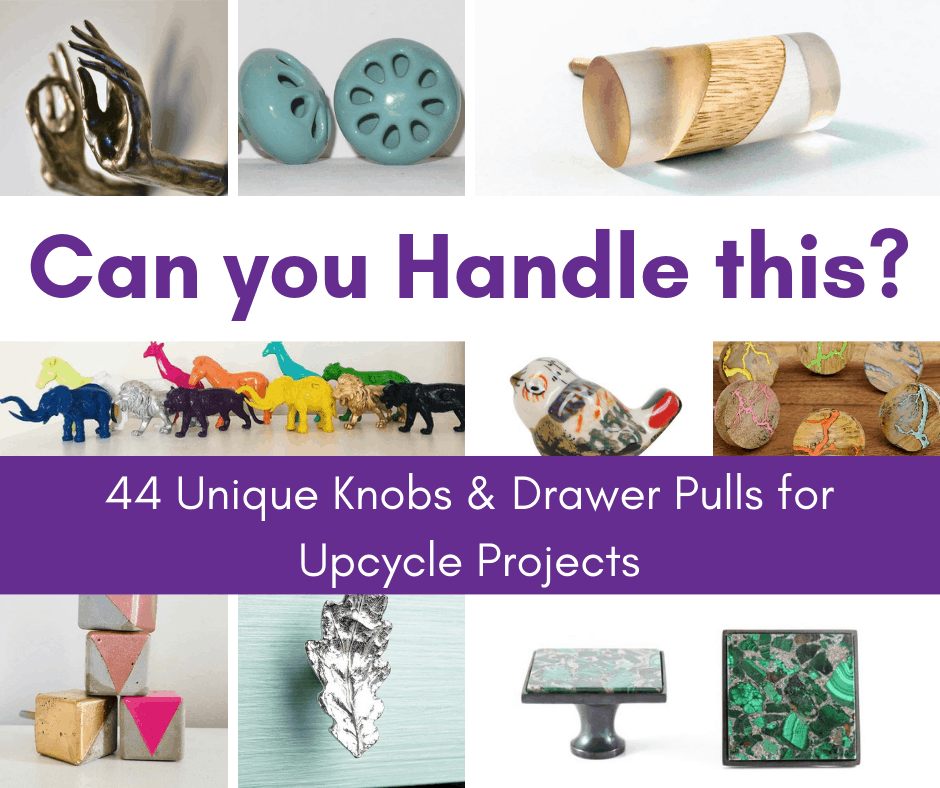 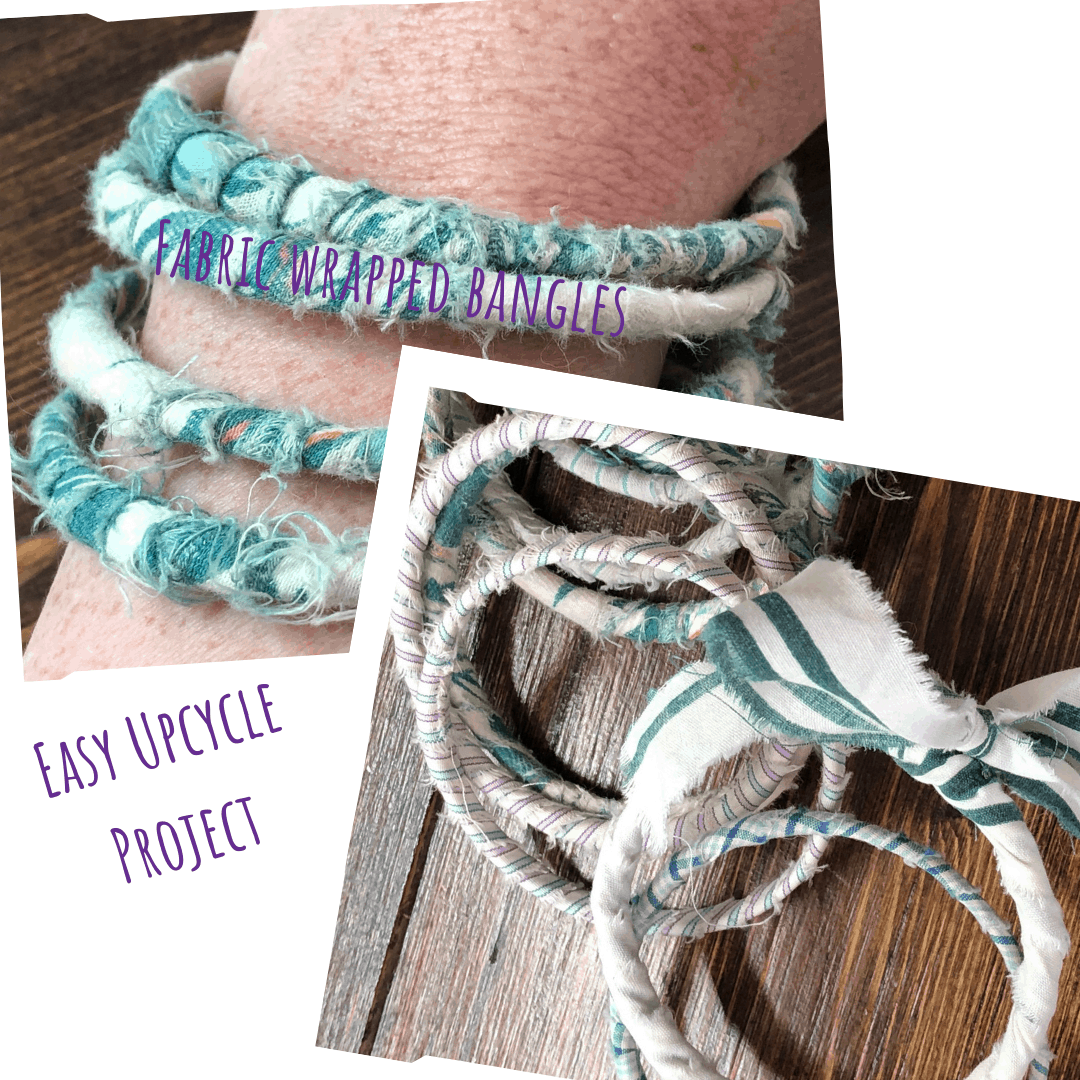 Next →
How to Upcycle Scrap Fabric into Wrapped Bangles
Click here to cancel reply.

[…] that I covered some dining room chairs with and again overbought. I’ve been using it in little projects ever since but I always seem to have small bits left – so I plan to use it up in this project as […]

The 12 Days of Upcycling Christmas Challenge - Upcycle My Stuff

How to Upcycle Scrap Fabric into Wrapped Bangles - Upcycle My Stuff

[…] ways to upcycle your scrap fabric? We’ve got lots. You can turn it into Festival Bunting, a Soft Toy Tidy, or cover a cardboard box to make a fabric covered storage […]